Rio Rancho is the 3rd largest city in New Mexico, the fastest growing community in the state, and one of the fastest growing in the southwest. Rio Rancho has been recognized as one of “America’s 50 Best Cities to Live” citing exceptional public schools and well below national average crime rates (24/7 Wall Street). Rio Rancho sits at an elevation of approximately 5,290 feet and enjoys a picturesque view of the Sandia Mountains. 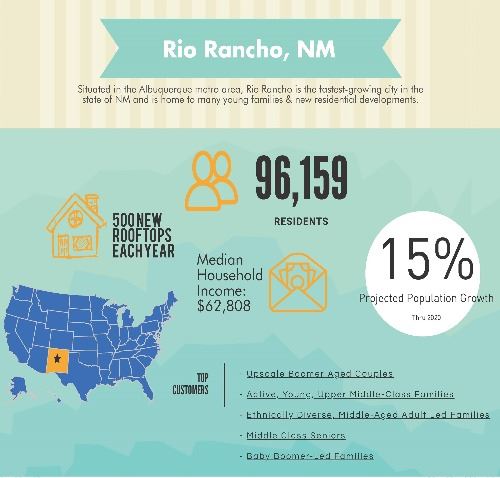